Create an Account - Increase your productivity, customize your experience, and engage in information you care about.

Concerts in the Park

Concerts in the Park 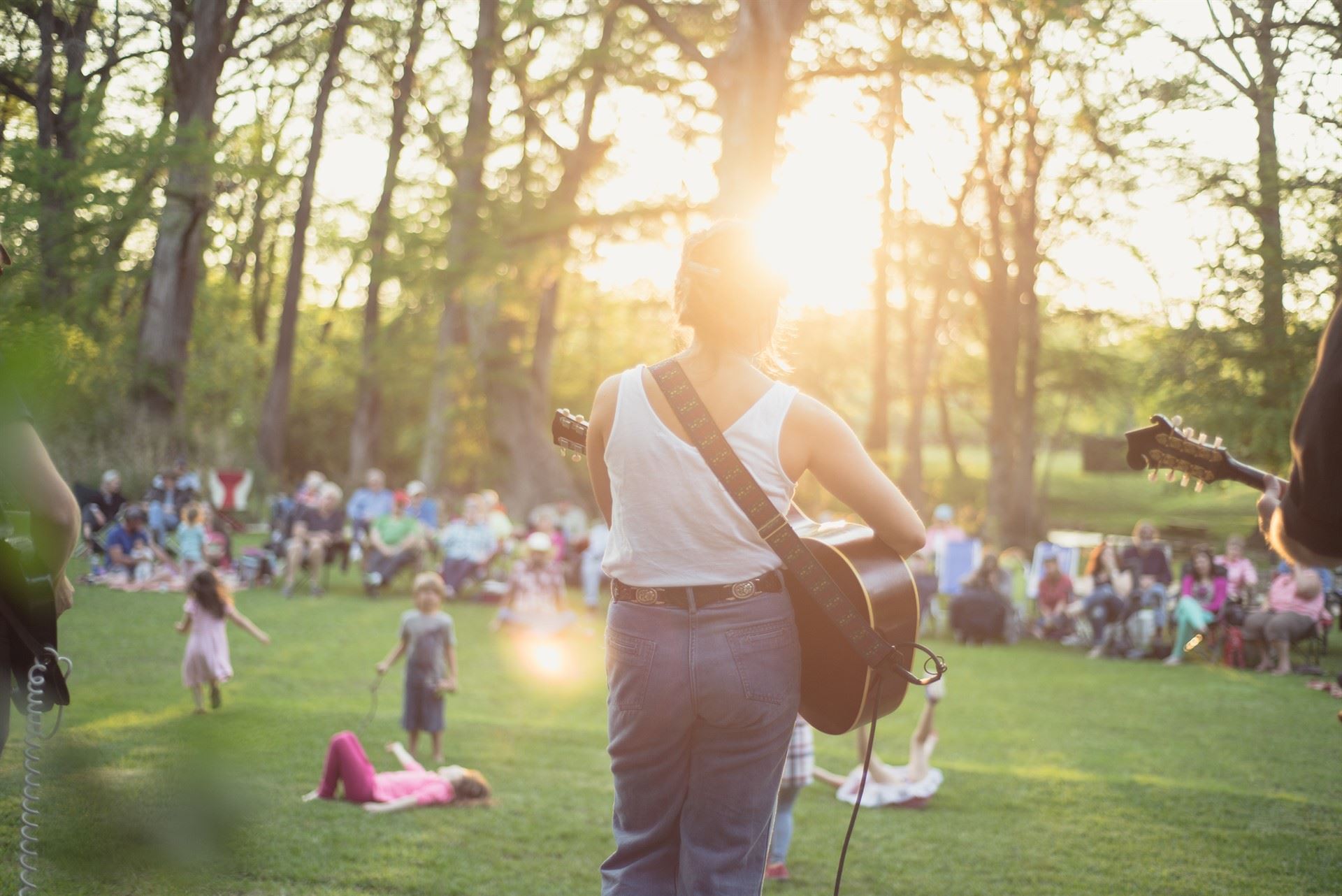 Friends of Blue Hole and the City of Wimberley Parks and Recreation Department are proud to present the 10th annual Concert in the Park series at Blue Hole Regional Park! Join us every Friday night in April from 6:00pm-8:00pm for this *FREE* concert series! Bring your blanket, chairs, and food as you relax and listen to some live music at the famous Blue Hole Swimming Area! Food is available for purchase from The Hot Dog King. Craft beer is available for purchase from Roughhouse Brewing or BYOB! Beer and wine only, glass is not allowed in the park. Hope to see you for some live music and good times! 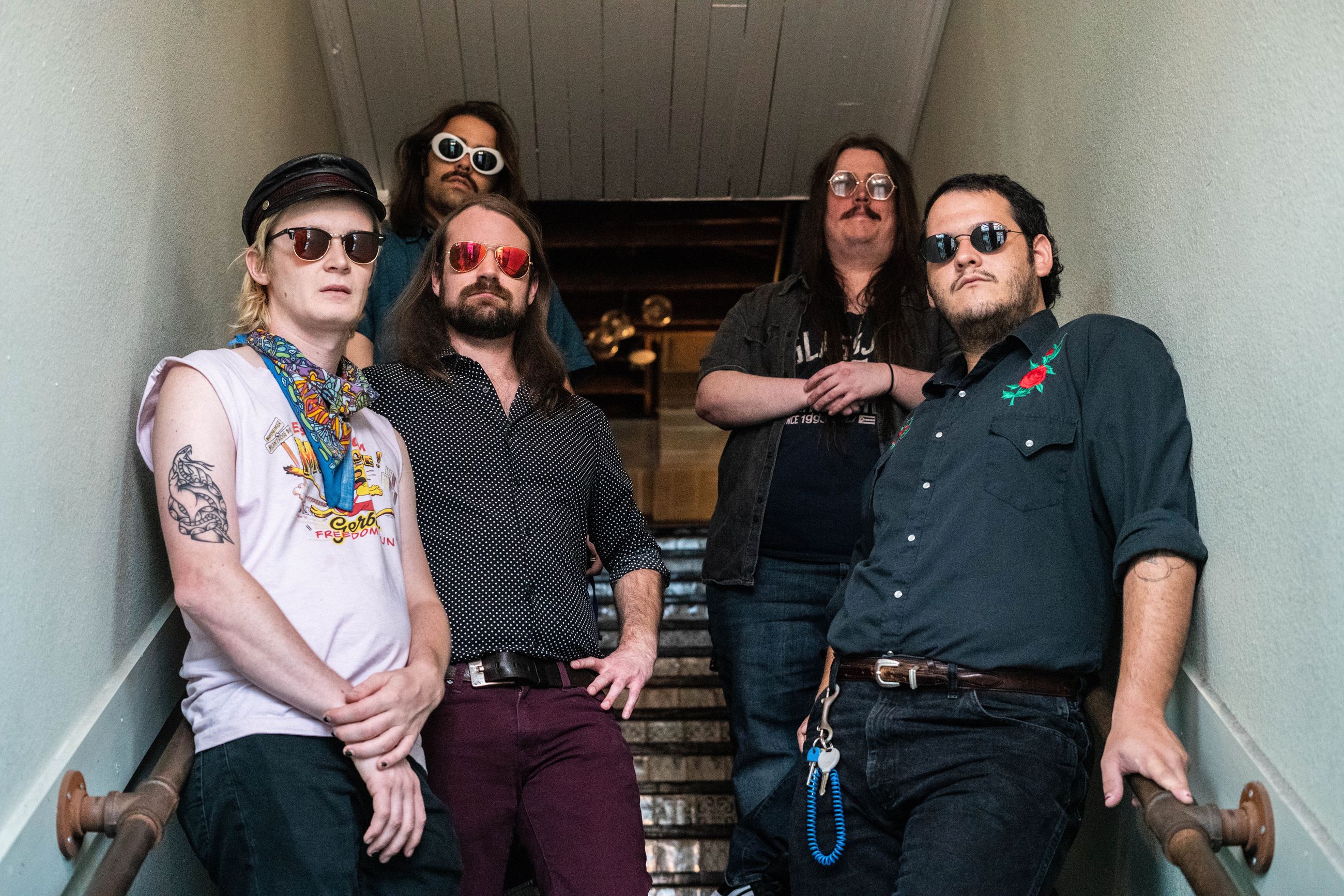 Showcasing a blend of lo and hi fidelity textures, Rusty Dusty seeks to seamlessly intertwine folk rock and echo-laden fuzz rock into a new, self dubbed, genre "Acid Americana". Formed in 2015, Rusty Dusty frequented the San Marcos music scene in backyard parties and tucked away venues. Dusty caught local ears through numerous singles including “Come Over” (2016) and “Black Dog” (2017), cementing their act with release of a debut album, “The No Good Serpentine Funtime Mosaic Experience” in 2018. 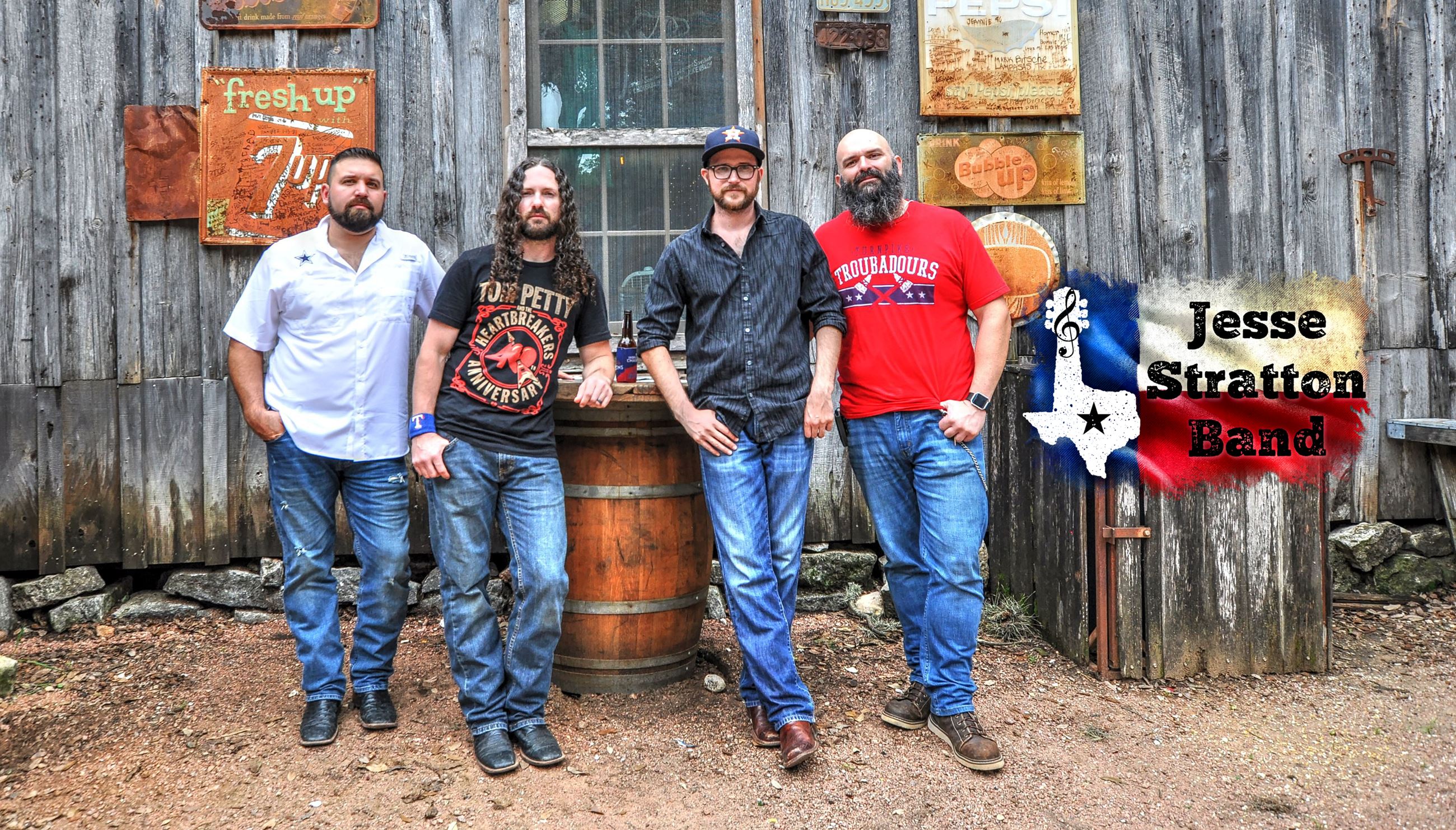 The Jesse Stratton Band formed in 2014, originally as a duo - Stratton and Martinez. Together with Garossino and Torrez, the band gives their listeners all the heart and soul live music longs for. Born and raised in the Texas Hill Country, Jesse Stratton is a true and deep-rooted Texas Country / Americana artist who plays music chock-full of truth and raw emotion. Jesse's relevant and gripping songs display and showcase the multi-talented musicians who make up the Jesse Stratton Band. Jesse is the lead vocalist in the band; also playing guitar, saxophone and harmonica. Alongside him are a few of Texas' finest musicians. Playing percussion in the band is Jesse's long-time friend, Kenny Martinez. The lead guitarist is Austin's own Tony Garossino - guitar instructor by day, rock star by night. The band's latest member is the soulful, smooth-playing bassist, Lyndsey Torrez. 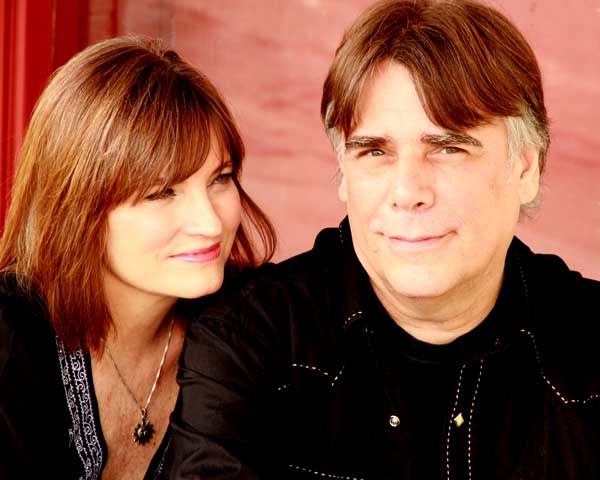 Austin, Texas duo Albert and Gage (Christine Albert and Chris Gage) have a personal and musical chemistry that radiates from the stage. The joy they experience making music together is evident as they travel through their musical roots, moving from country and folk to blues and French chansons. The integrity of their musicianship and the rare blend of their voices create a unique and cohesive sound as Gage effortlessly switches from guitar to piano and accordion throughout their set to follow the mood of the music. Austin songwriter Jimmy LaFave once described Christine as a “wondrous singer with a beautiful focus and unrestrained grace.” She had a prolific recording career as a solo artist before meeting Gage, including the acclaimed “Texafrance” series, a bilingual tribute to her European family roots. Christine’s most recent solo CD “Everything’s Beautiful Now” explores the richness of loss, an issue she deals with every day as Founder & CEO of Swan Songs®, a non-profit that fulfills musical last wishes. Ms. Albert has also served for 12 years on the national Board of Trustees of the Recording Academy (known for the GRAMMY Awards®), eventually rising to the position of Chair of the Board and currently serving as Chair Emeritus. In addition, Christine serves on the Board of Directors of Musicares® and the Latin Recording Academy®. 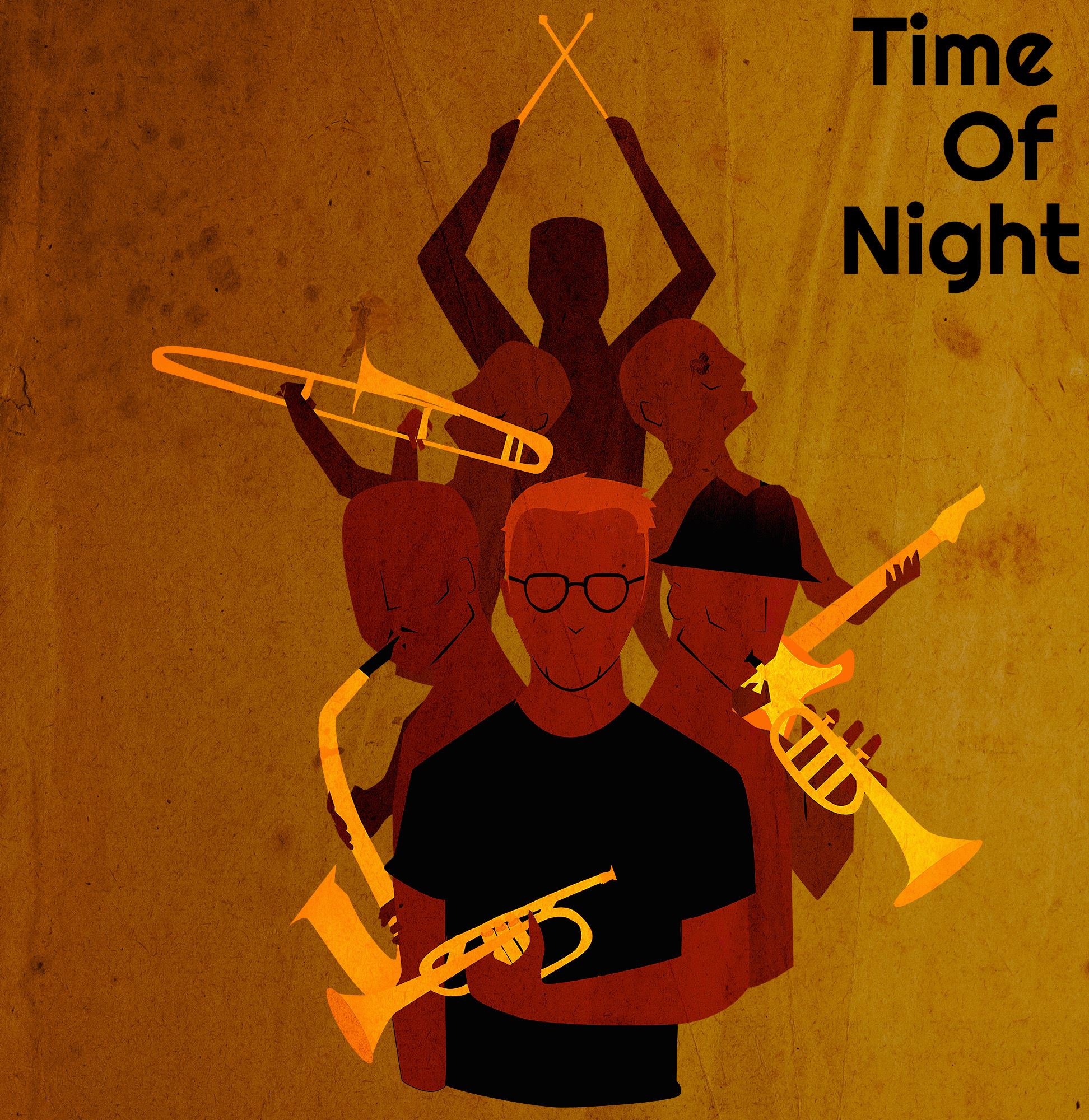 Time of Night is a BLAST!  Time of Night is a compilation of music educators, composers, performers, and song writers in Central Texas. They love performing for friends and bringing all the fun covers to sing and dace to. 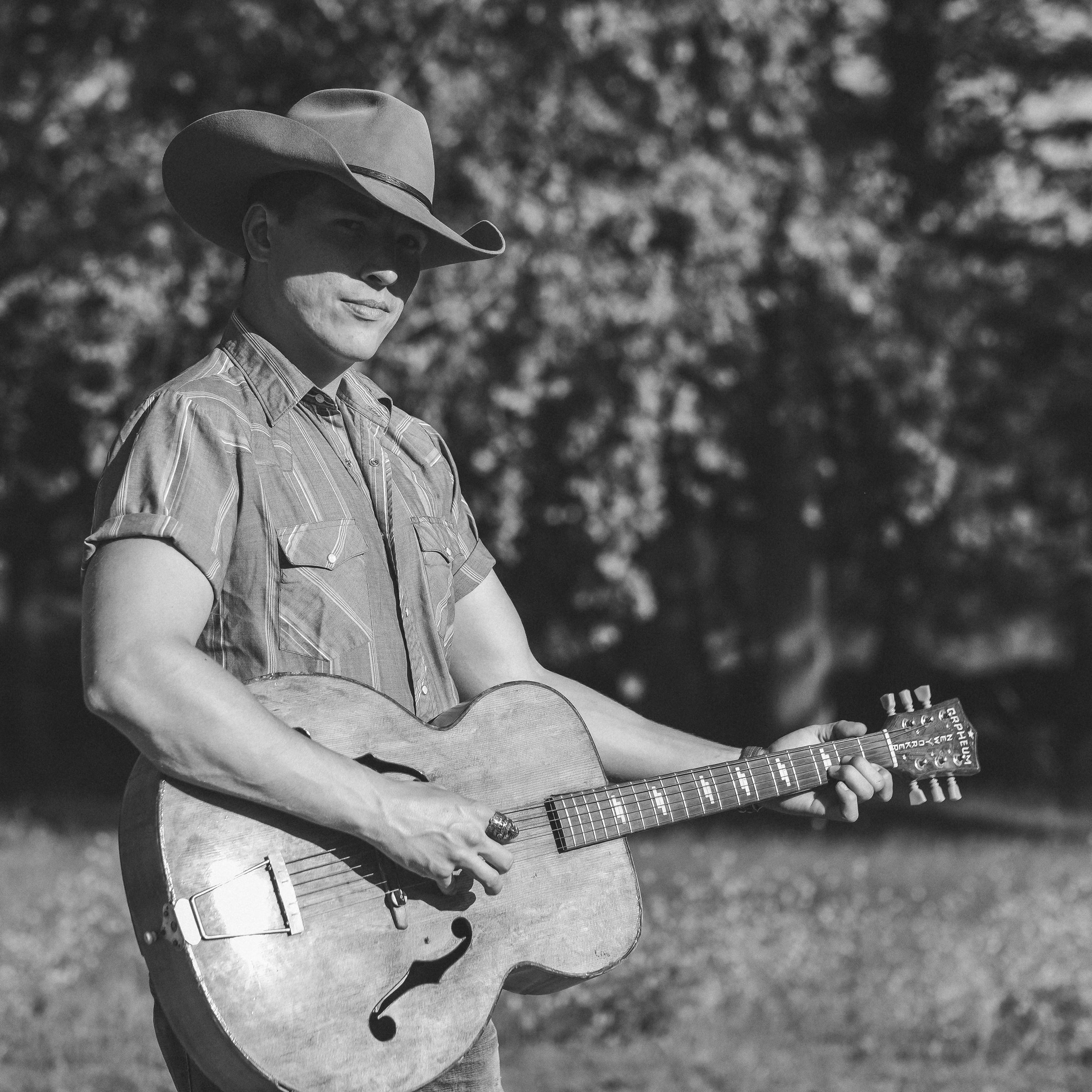 Dallas Burrow has always been an adventurer. Born and raised in Texas, he cut his teeth on the road, traveling across much of the free world with a head full of songs and a thirst for thrills. Along the way — somewhere between the childhood guitar lessons he received from his father (a blood brother of Townes Van Zandt and friend of Guy Clark) and the vagabond whirlwind of his 20s — he built his own brand of American roots music. It was a sound rooted in folk, shaped by classic country, and heavily influenced by the Texan craftsmen who'd come before him. Decades after his father raised hell with Lone Star State legends, Dallas Burrow proudly picked up the torch, carrying Texas' songwriting tradition forward with albums like Southern Wind. 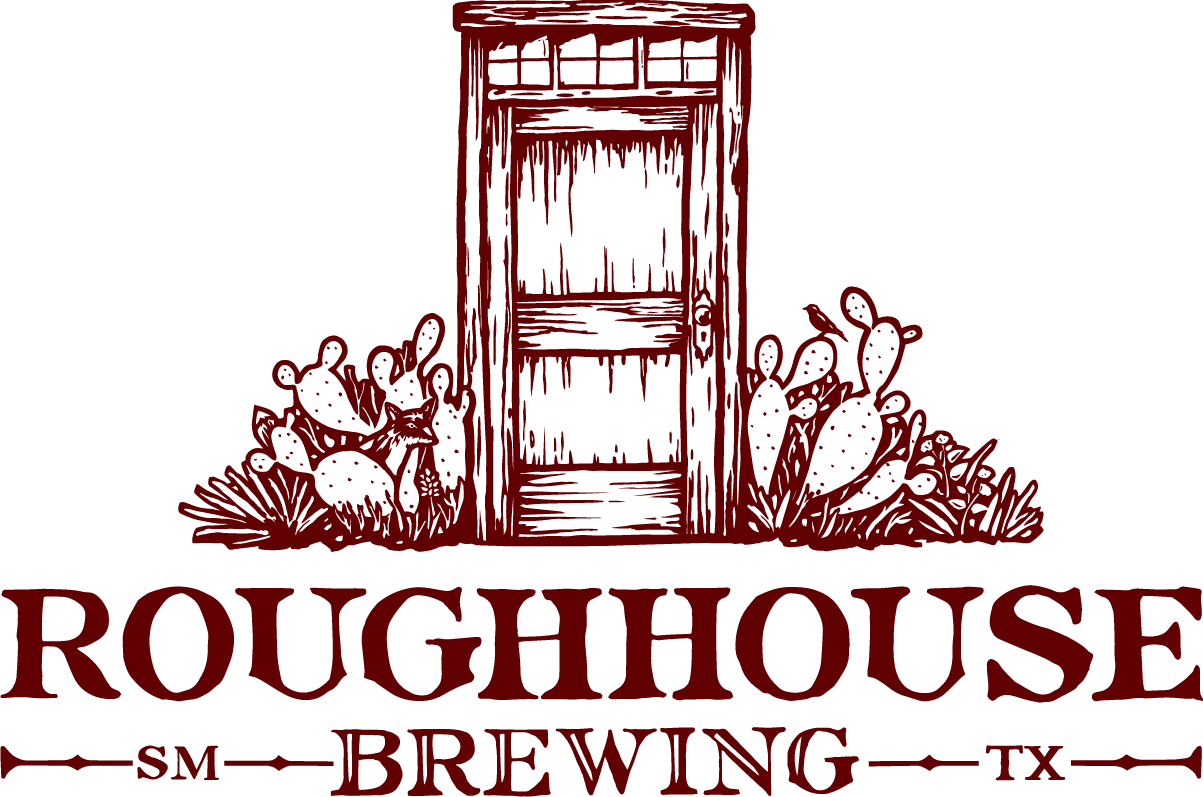 Roughhouse Brewing started in January 2019 with a drive to do meaningful work that brought us closer to our land, ourselves, and our community. For them, Roughhouse represents the playful and loving familial aspect of their lives coupled with the old, rustic qualities of their home and history. For you, they hope it’s a comfortable spot to meet and share a beer and connect with each other.

Located on their family’s 50-acre ranch in San Marcos, the brewery focuses on executing farmhouse ales, traditional lagers and spontaneous cave-aged beers that complement the Texas backdrop—dry, crisp and refreshing. Their farmhouse ales undergo 100-percent fermentation in American White Oak foeders (large wooden barrels) using our house, mixed culture, which includes yeast harvested from the Pasternak Ranch. The brewery’s water is supplied by our on-site well tapping into the Cow Creek section of the Trinity aquifer—providing some of the highest quality water in Central Texas. 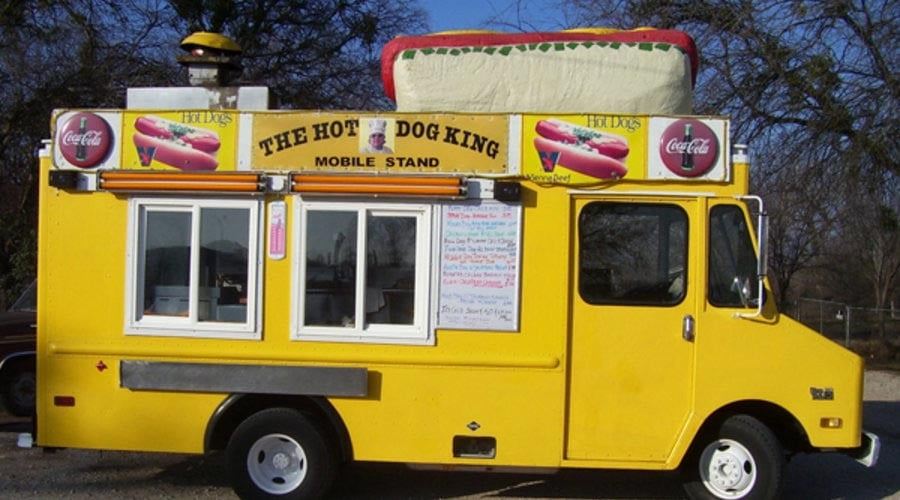